Last year’s mega blockbuster film Avengers: Infinity War provided an opportunity for the entire Marvel Cinematic Universe to experience, firsthand, the power of Thanos as he set out to rid the universe of the suffering he had witnessed in his travels.

Earth’s mightiest heroes and moviegoers alike watched as The Mad Titan snapped his fingers and wiped out half of all the living beings in the universe. Bye-bye Spidey, hasta la vista Black Panther, and farewell Bucky, Falcon, Vision, Wanda, the Guardians, Nick, Maria, and billions of others!

I agree he’s a supervillain who has been up to no good for decades and he did commit mass genocide to an unfathomable degree, but that aside, he stated early on that his actions weren’t a form of murderous intent but rather a cleansing to free the universe from suffering brought on by poverty, hunger, overpopulation, and war.

Albeit his actions were misdirected on a colossal scale but perhaps we can still use this as a learning lesson to do a little cleaning and restructuring in our own personal universe.

Are You Ready to Make a Difference?

Get your "RockStar Influencer 25-Point Checklist" right here. Position yourself as a recognized expert today! 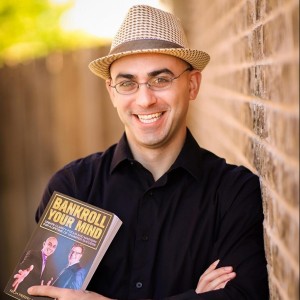